How Nic Salts Can Help You Quit Smoking 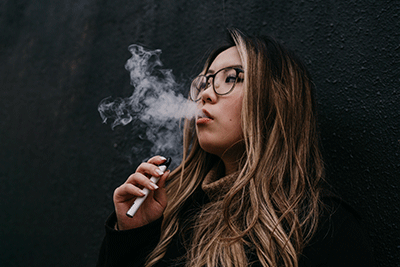 When an innovation arrives on the vaping scene, it’s easy to be sceptical. After all, it isn’t always easy to tell which refinements will meaningfully improve vaping and which changes will… well, prove to be mere fads. However, it looks like nic salts could be here for the long haul. What exactly are nic salts?

Alternatively known by its full name “nicotine salts”, they aren’t – unlike what the name might have led you to believe – crystals. Instead, they represent a change to the familiar nicotine formula and could provide you with your smoothest vaping yet.

If you are familiar with smoking, you probably also know about nicotine… or so you think! You might not have realised that the pure, freebase nicotine in standard cigarettes does not grow in tobacco leaves, which instead harbour only nicotine salts, as Vaping Daily explains.

In those leaves, the nicotine bonds with particular acids, resulting in a significantly more stable molecule: a nicotine salt. Nic salts come in various forms, depending on the type of acid to which the nicotine bonds – whether that acid is citric, lactic, malic or something else.

None of those salts appear in either conventional cigarettes or standard vape juice. Freebase nicotine is formed through the addition of ammonia to the nicotine to make it more addictive – a recipe upon which tobacco companies stumbled as long ago as the 1960s.

How it Emerged in the Vaping Industry

The re-emergence of nic salts into the mainstream can ultimately be attributed to PAX. This is the company responsible for conceiving the JUUL pod vaping system. In 2015, PAX was marketing JUUL pods to people seeking to quit smoking. The firm had an interest in replicating the smoking experience.

Therefore, PAX bonded nicotine to benzoic acid to produce a nic salt that. As confirmed by research, rivalled freebase nicotine in its ability to maximise nicotine’s concentration in blood plasma.

Interestingly, this form of nicotine also had the side effect of lowering the vapour’s PH value. It therefore enables a significantly smoother vape. This meant that vapers of this nic salt could enjoy a strong e-liquid that wouldn’t leave them with coughing fits.

How should you vape nic salts?

Nic salts in their vape-ready form give vapers a strong nicotine hit while they used small, portable devices. Indeed, the JUUL system is such a device. Nevertheless, you don’t strictly need a JUUL to effectively use these nic salts. Any lower-power device and tank setup will suffice.

If you are an avid smoker looking to quit, the 20MG limit is just what you need. After giving up cigarettes. you need convenience. Nic salts act faster than freebase to enjoy nicotine. Even flavoured nic salts are available!

Taken from the tobacco leaves like traditional nicotine, nic salts plus a variety of organic components enters the bloodstream at a quicker rate. Merging with other chemicals, adding benzoic acid makes the difference. It drops the PH level, meaning it’s not as harsh on the throat, leaving you feeling satisfied when vaping.


Is Life Insurance for Vapers the Same as for Smokers?

A Guide to Mixing E-Liquids to Create Bespoke Flavours