Is Life Insurance for Vapers the Same as for Smokers? 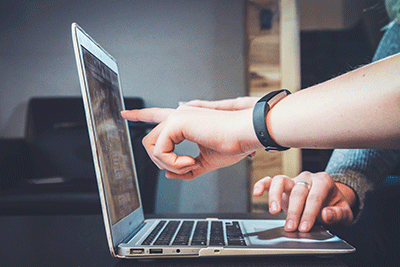 Taking up vaping has become a popular means to help quit smoking. From a 2020 study, research suggests the UK had roughly 2.7 adult million vapers. It’s widely seen by health professionals as a safer way to reduce your nicotine and stop inhaling cigarette smoke. However, the sceptics still remain while further research is carried out to highlight its use. Is life insurance for vapers as high as it is for smokers?

If you have recently followed their example, you might have expected to see lower premiums on your life insurance. However, a close look at the facts paints a sobering picture. It suggests many insurers remain in the dark about the health implications of vaping compared to smoking.

Have You Recently Quit Smoking Thanks to Vaping?

According to the Office for National Statistics (ONS), the UK’s proportion of cigarette smokers fell from 15.8% in 2016 to 14.1% in 2019, with that figure likely decreasing further during the Covid-19 pandemic due to the fear of contracting the lung disease.

Although it’s good those figures have seen an increase which is positive for the government’s plan to stop smoking by 2030, smokers need a suitable alternative that increases the chances of making that switch a permanent one. In the past, people have turned to nicotine replacement therapies such as gum or patches.

However, in more recent times, e-cigarettes have provided the answer. In life it’s natural people want to cover themselves adequately with life insurance. As we know smokers have always had higher premiums due to the risks it carries, but what about vaping? Although nicotine is the only substance from cigarettes in a vape, what do insurance firms say about the industry?

Do Insurers Look Kindly on Vapers?

Generally, the answer is no. Most vapers will struggle to get lower premiums when seeking insurance. It’s all based on the insurance provider, who believe vaping is just as dangerous as smoking. Therefore, it’s worth doing your research to get the best offer possible.

The likes of Aegon, AIG, Aviva and Zurich are all life insurers that have admitted to taking this stance. With more positive research about vaping, life insurance for vapers will reduce and not match smokers insurance prices. Sadly, there remain several life insurers that don’t appear to distinguish between vaping and smoking when calculating premiums – but why?

One such insurer, Vitality, has called vaping “a relatively new activity compared to smoking tobacco”, adding that it “does not have an entirely clear risk-benefit profile; there are multiple perspectives on how vaping affects current, ex- and never-smokers.”

The insurer explains: “We do not presently incentivise vaping and are keenly following the debate as the evidence base for the impact of vaping grows”.

L&G is another insurer taking a similar view, insisting that there are not “any studies which show the long-term effects of e-cigarettes.” L&G concedes that “recent studies suggest vaping is better for health compared to smoking cigarettes, but it appears clear they are still worse for you than not smoking at all.”

Could This Change in the Future for Vapers?

While several insurers are reluctant to meaningfully differentiate between smoking and vaping, there remains hope for vapers left despondent by these insurers’ stances.

Robert West, a health professor at University College London, has argued: “Nicotine is not what kills you when you smoke tobacco. Vaping is probably about as safe as drinking coffee.”

Hence, it might not be long before you can enjoy the best e-liquid without impacting your wallet via life insurance.

How Nic Salts Can Help You Quit Smoking