Electronic Cigarettes (or e-cigarettes) are becoming increasingly popular. If you’re a smoker, you may be considering switching to them from traditional cigarettes. In fact, e-cigarettes come with a number of benefits that you may want to know about.

What are e-cigarettes?
E-cigarettes look very similar to real cigarettes, made up of a cylindrical tube with a glowing end. But instead of producing smoke, they produce vapour that looks and feels like smoke without all of its detrimental effects. E-cigarettes contain a battery and a heating element that heats up liquid nicotine and any flavourings. The user inhales and exhales vapour produced from the liquid nicotine. e cigarettes come in different sizes and formats including vape pens, shisha pens and vape and box mods.

E-cigarettes are a healthier alternative to normal cigarettes
E-cigarettes are still a new technology, so no long term studies can confirm whether they are better for smokers than traditional cigarettes. What we can say for certain is that they use vapour instead of smoke, which avoids many negative effects.

In particular, the vapour from e-cigarettes is not harmful to bystanders in the way that second-hand smoke is. We believe that e-cigarettes will also reduce the risk for a host of other health problems that come from smoking. The lack of smoke also means that e-cigarettes do not have the unpleasant and clinging smell associated with cigarettes 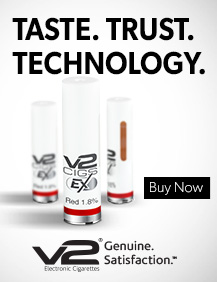 E-cigarettes make it easier to quit
If you’re looking to quit smoking altogether but have found it difficult to do so, e-cigarettes can be a great halfway step. E-cigarettes can help to stabilize levels of nicotine in the blood and over time reduce the desire to smoke.

E-cigarettes can save you money
Any smoker knows that the cost of buying cigarettes is high. E-cigarettes are not subject to the same taxation as traditional cigarettes, making them much cheaper for consumers.