‘Leaving No Smoker Behind’ – A Study and its Results 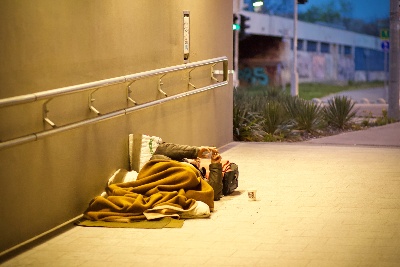 Smoking has been prominent in society for decades, taking the lives of millions a year through a variety of illnesses. This can range from lung disease to cancer. The issue is being tackled, with smoking declining year on year based on recent statistics and the Covid-19 pandemic. The latter is a predominantly a lung-related risk, hence the need/desire for more to give up smoking cigarettes.

A variety of health authorities such as Cancer UK, the NHS and Public Health England are continuing to do all in their power to raise awareness. They’re doing this by attempting to address all groups affected. Examples include groups such as younger smokers (teenagers) and those passing of second-hand smoke to children. One group that does not get the same attention and should do is the homeless, and this was a key focus for the recent Leaving No Smoker Behind presentation held online in January 2021.

There are obvious reasons why the homeless do not have access to the same resources as the general public do to give up smoking. Common cessation tools such as nicotine patches and gum have been suggested in the past as useful aids to help smokers give up cigarettes, with mixed success. However, in recent times, we have seen a surge in the popularity of e-cigarettes as an improvement on traditional methods, with a 2019 study suggesting it’s twice as effective.

The Aim of the ‘Leaving No Smoker Behind’ Study

To help an often overlooked group get more help to give up smoking, a group of medical professionals presented their findings on how e-cigarettes helped the homeless reduce their cigarette smoking. This panel was led by the head of Public Health Tobacco Control Martin Dockrell, with presentations by Dr Deborah Robson, Louise Ross and Professor Lynne Dawkins, who found some interesting studies on how vaping helped the homeless combat smoking.

As Dockrell enthusiastically opened the presentation, he reflected on his past experiences working with people who have HIV. In addition to welcoming all who joined the study online as well as introducing the keynote speakers. He explained how most of his work involved the ‘most disenfranchised of the public’ – including drug users and gay men. Dockrell added the same applied to the smoking population, with ‘much of the smoking burden similarly falls most heavily on the most disadvantaged and excluded’.

Discussed above, you can see why 80% of the adult homeless smoke tobacco. Often overlooked, they get little assistance from the public, typically inhaling combustible cigarettes because they’re more accessible. Also, the habit is harder to reduce when around other homeless that follow a similar habit. Therefore, Dockrell was enthused to introduce speakers such as Dawkins, who has ‘done really interesting work’ on e-cigarettes. Noted by the NHS as a potential treatment that can help people give up smoking.

What Professor Dawkins compiled based on 52 different studies highlighted the key issue among the homeless – cost. It reduced their chances of cessation through e-cigarettes was the price of a starter kit. She highlighted that only one study took place in the UK, with more done in the US. The study highlighted that the kit was difficult to keep hold of for the homeless. Those keeping hold of the devices reduced in a 12 week period of the study, with:

However, the study offered positives, according to Dawkins. The London South Bank University professor claimed it did not lead to the homeless using the devices to vape drugs. Neither did they turn to different drugs after vaping. Plus, after 24 weeks, 27 people continued to use the e-cigarette after the study ended, while only seven did not.

Vaping e-cigarettes among the homeless ended up being three times more successful than traditional Nicotine Replacement Therapies (NRT) methods used. Adding centres for the homeless around the UK. Providing useful facts and tips about how to vape using an Aspire Pocke-X Kit. Helping those struggling with cigarette addiction choose which e-liquids piqued the interest of the homeless involved in the studies. The study often featured those smoking more than 20 cigarettes a day.

Key Takeaway From the Presentation

Smoking is still a widespread problem, not just upon the general population but among overlooked groups. Like the vapers who require even more assistance to reduce and hopefully stop this habit. Studies like the one done by Professor Hawkins need to increase to assist the homeless in any way possible.


What are the Best Vapes for Heavy Smokers?

What Does the USPS Shipping ‘Vape Mail’ Ban Mean For Vapers?